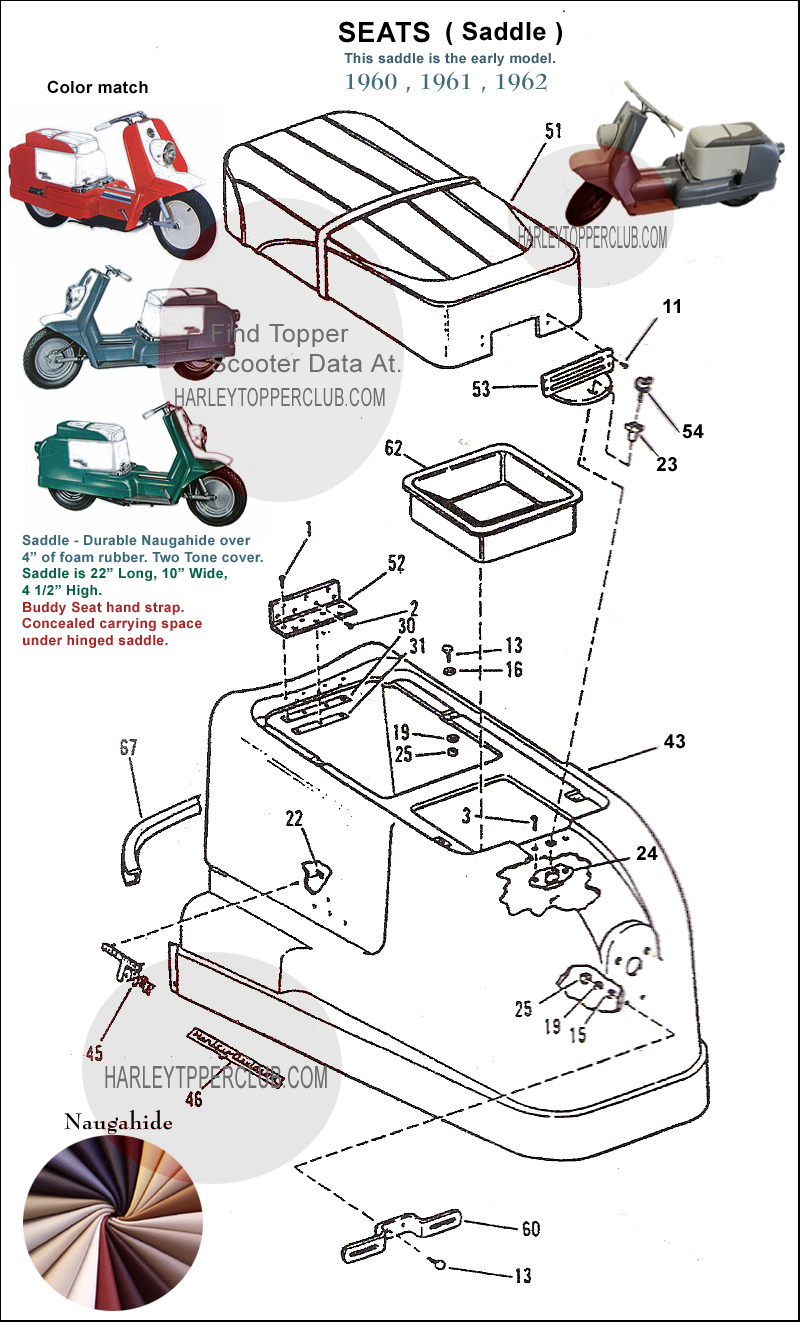 Seat Filter for air intake chamber.
This item was available in 1960.
The advertisement read
in the accessories catalogue as follows.
This special meash-type air filter
fits snugly into the air-intake chamber.
Filters out dirt and dust for better performance...
longer engine life.
29036-60 Air Filter ..............$0.75 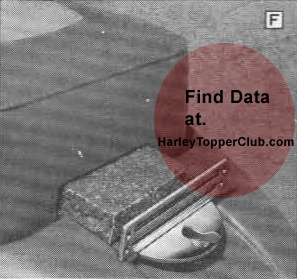 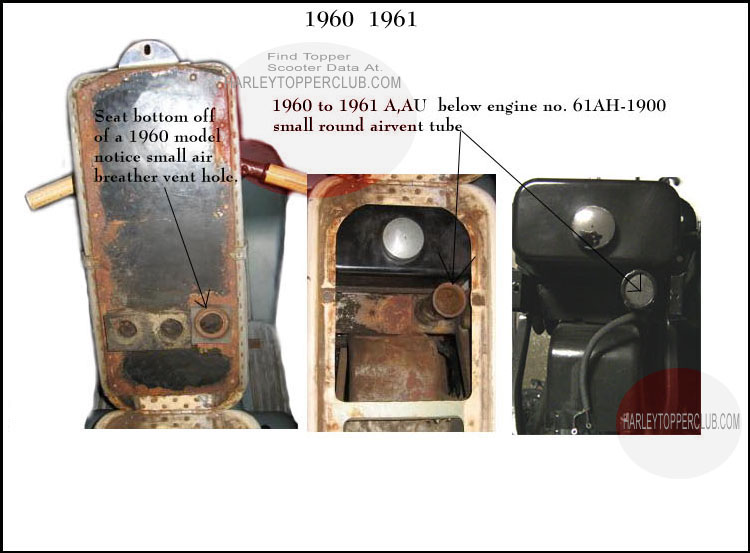 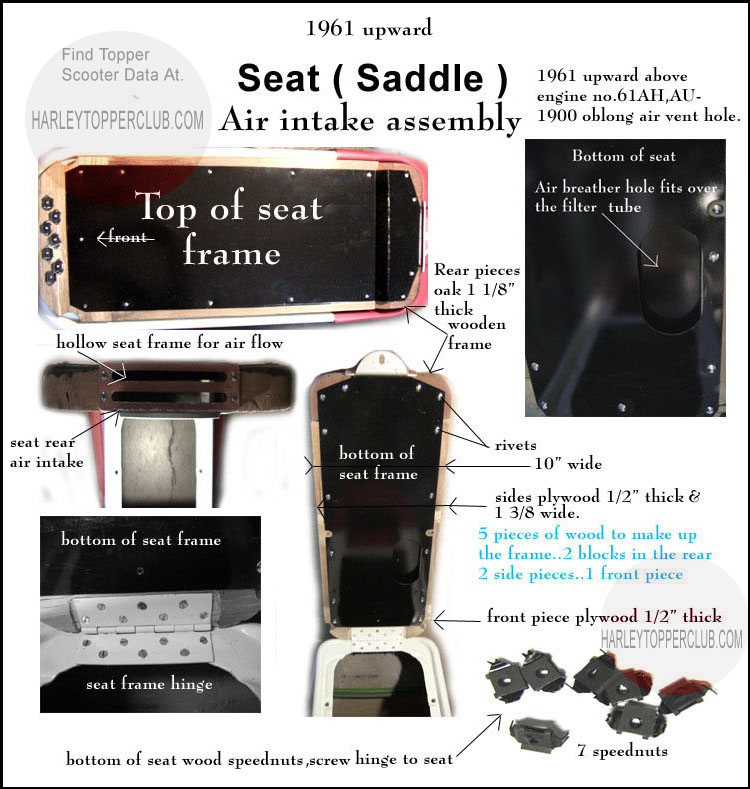 Harley Topper Seat Air Chamber Wood Pattern.
The front and side pieces made from 1/2" thick plywood.
The original rear end vent blocks made from 1 1/8" thick Oak.
Takes 4 long rivets for the end blocks.
Takes 11 rivets to secure the top 22ga metal to the wood frame and
the bottom 22ga metal to the wood frame.
7 screws needed for the front hinge, attached to 7 wood cleat speed nuts.
All items can be found through a company who has been making Topper parts
for the past 10 years down to even the smallest item as the rivets and cleat speed nuts. 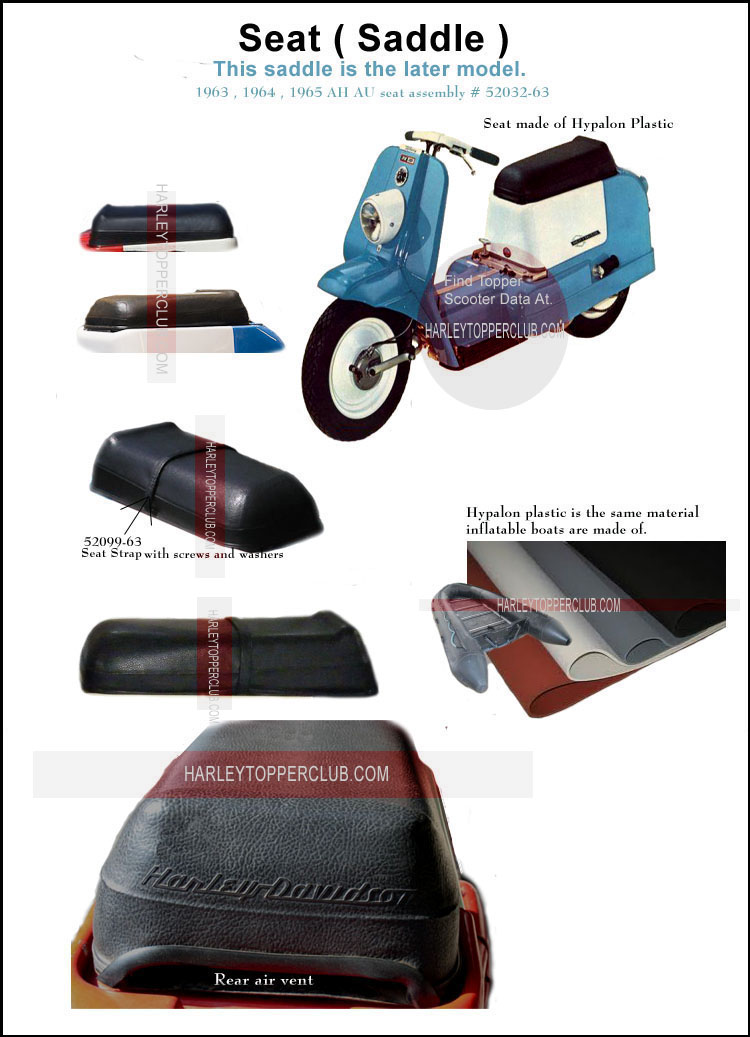 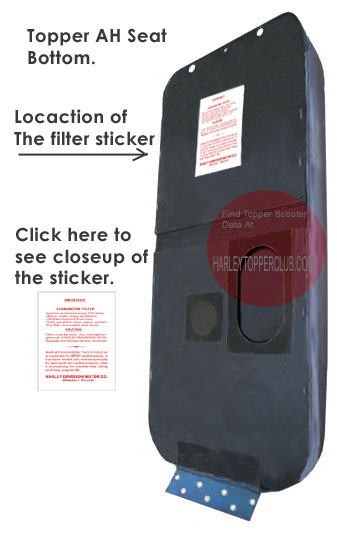